There comes a time when we must stand for our beliefs.

On Martin Luther King Jr.’s birthday, I joined thousands of writers around the world to celebrate the ideals of a free, just and compassionate democracy. More than 100 readings took place in small towns and global cities on Sunday, January 15th, all part of an international artistic uprising called Writers Resist.

Our Town Hall Seattle reading drew 850 people for a fiery night in the best traditions of the First Amendment, according to the Seattle P-I. The Seattle Review of Books interviewed me and Sam Ligon about co-organizing Seattle’s celebration of free speech in support of the ACLU of Washington, which is holding the front lines. Get involved.

ACLU founder Roger Baldwin was right when he wrote, “No fight for civil liberties ever stays won.” Speech must remain free so we can defend what we hold dear. As Writers Resist founder Erin Belieu said, “This is only the starting point in raising our voices in defense of democracy.”

Many thanks to Ana Cristina Alvarez for making this poster, to Erica Sklar for seeing the need and having them printed, to Kirsten Lunstrum, Erin Sroka and Erica for helping me post them all over town, and to Philip Shaw for designing the programs for the reading.

Most of all, thanks to my co-organizer, the inimitable Sam Ligon, a mentor I am lucky to call my friend, and to Town Hall Seattle for giving civic discourse such a stage. 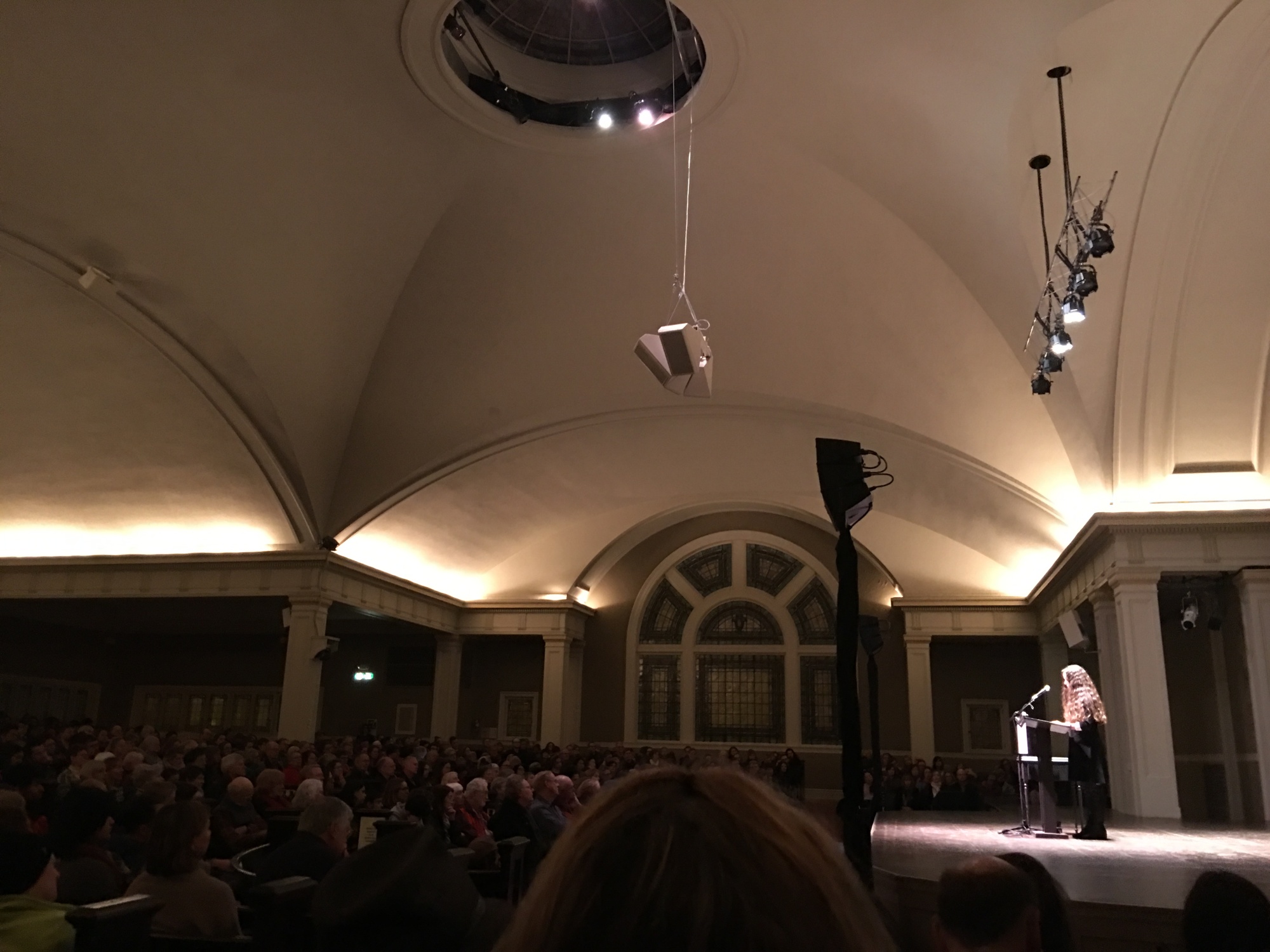