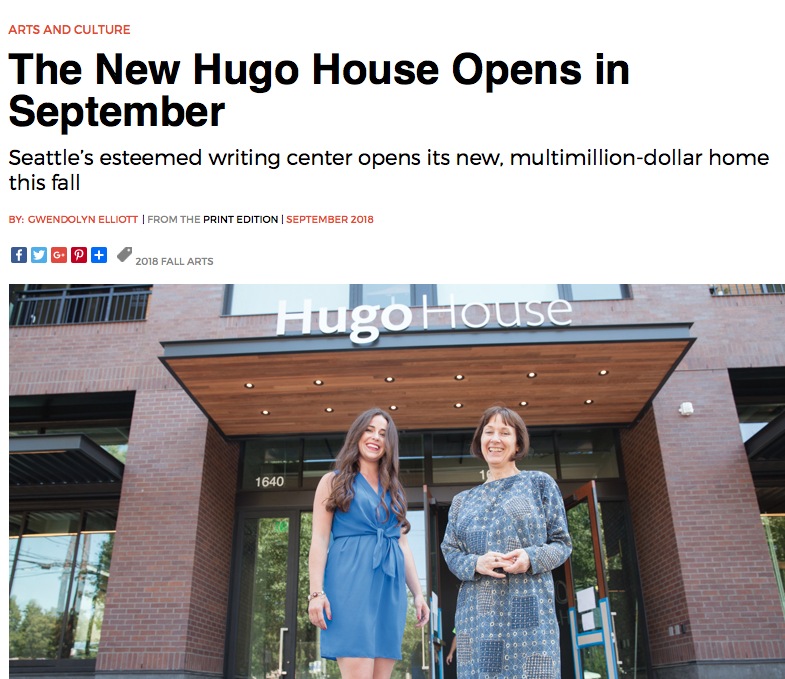 That’s me on the left, standing next to one of my heroes.

Hugo House Executive Director Tree Swenson realized a dream for our community: a permanent place for the literary arts in Seattle. Many thanks to Seattle magazine’s Gwendolyn Elliott for sharing news of Hugo House’s grand opening in September. I will have an office and teach classes at the new building, located by Cal Anderson Park in Capitol Hill.

“The new Hugo will also house a writer’s salon, a 150-seat performance venue and staff offices to serve a student population that’s nearly doubled since 2012, something Swenson attributes to uncertain times. “It’s essential for people to identify what really matters, and to do that you have to make time to reflect,” Swenson explains.

The center’s growing student body will also be served by Hugo’s next writer-in-residence, Columbia City’s Kristen Millares Young, who changed course from an award-winning career in journalism (for outlets such as The New York Times, Seattle Post-Intelligencer, The Guardian and Time) to pursue the craft of personal essay, fiction and creative nonfiction. As she puts it, “current events forced me to get personal.” She now writes about feminism, cultural identity and justice, and her debut novel, which she describes as “a lyric retelling of the troubled history of encounter in the Americas,” is due to be published in 2020 by Red Hen Press.

“In a world that rewards cruelty,” Millares Young says, it’s places like Hugo House and a love for literature and stories that bring “us back to the hopes we formed before experience tried to teach us to dream smaller.”

Swenson notes, “One of the best tools we have to envision the kind of world we want to live in is through language, which can convey empathy, compassion and the ability to view the world through someone else’s point of view.” 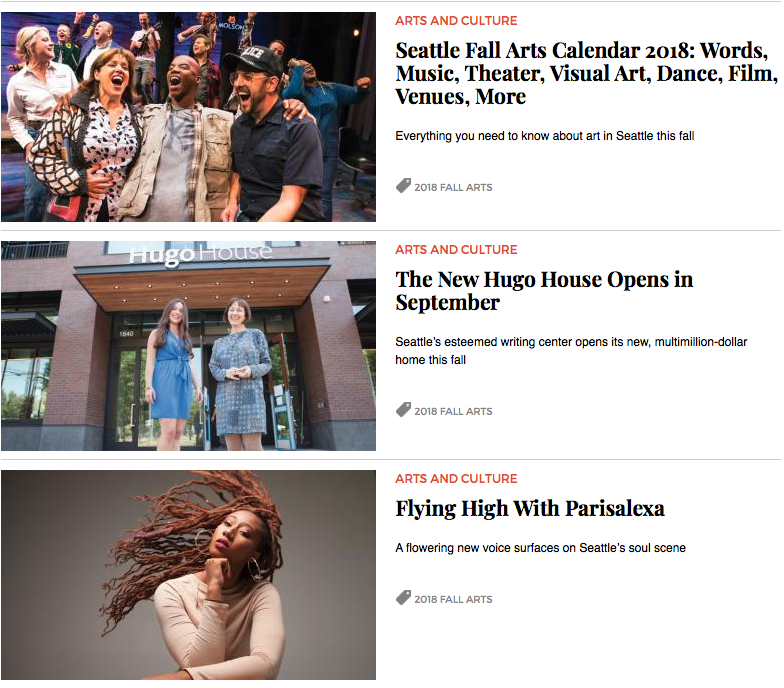 Anca Szilagyi is one of my favorite writers.  We met at the MFA program at the University of Washington, where she counseled me on the vagaries of workshopping a novel.  On August 1st, I was honored to help her read the title story of her collection More Like Home than Home, which she is polishing as a 2012-13 Made at Hugo House fellow.